Our Member Spotlight for the month of December is 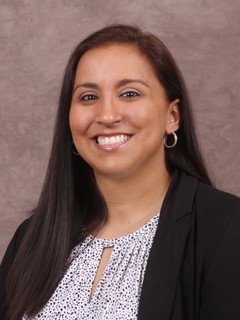 Asked to share a few words regarding her business, Kaylee said:

The other day, my team and I had a tough meeting with a prospective client.  He was worried about outliving his assets rather than having his assets outlive him.  We took a deeper dive into his assets and came up with a solution that would allow him to keep his current lifestyle and maintain it through retirement.

The solution was to refinance his current mortgage.  Seems simple enough, as the current rates have dropped tremendously.  He was 14 years into a 30 year mortgage, with 16 years remaining.  We were able to show him that by refinancing his current mortgage into a 15 year mortgage, one year less than what he currently had, he would save approximately $450,000 in interest payments alone.  The only change he would have to make was to budget an additional $28 per month for his new monthly payment.

When we met the client to go over our proposed plan to help him reach his goal, it was a wonderful feeling to see the look of relief on his face.  Knowing that he wouldn’t be worried about not having enough.  He could live his life knowing that his assets were in the hands of a team that truly cared about his success.  This is one of many success stories we have as a team.

I provide wealth management services for families, business owners, and foundations.  My team has over 100 years of combined experience in the financial industry.

I would love to start working with more LGBTQI individuals, families and organizations.  The LGBTQI community is dear to my heart and I want to do all I can to make sure we’re receiving the best services possible.

Most financial businesses will meet with a client, put them in a portfolio, and then have no further contact.  My business is more of a relationship.  We strive to get to know our clients’ goals and aspirations, and partner with them to create a plan that will help them achieve their lifelong goals.  We stay connected throughout the year, regardless of how the market is performing.  Not only do we work with retirement and broker accounts, but we also work with estates, mortgages, loans and trusts.  We want to put our clients mind at ease that their assets will be utilized the way they want, even after they pass.  This is a lifelong relationship.

Please feel free to send anyone you care about directly to my website to get in contact with me.  I will set up a meeting and see if my team is a perfect fit for their needs.  If you know someone that would like to work with a fellow LGBTQI member of the community, someone they can trust and that will be there for them, please send them my way.  I would love to have a conversation with them.

Less than one year, but I hope to continue for years to come!

I hope to make as many connections as possible.  I want to find LGBTQI friendly businesses that I can refer my clients to if they’re ever searching for a particular need.  I’m hoping that being part of this Chamber of Commerce will allow my business to grow and have our community be a part of it.

We like to offer our members any specials or deals that come from other members! Do you have any products or services that you’d like to exclusively offer or discount for NJ LGBT Chamber Members?

Regardless of your situation, I’ll sit down with you and take a look at your statements to see if there is any value my team can add to your success.  No commitments required.