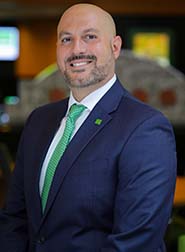 Steven Garibell is a TD Bank vice president who heads up the Business development efforts for its LGBTQ initiatives in the US, with responsibilities not only for bringing the bank’s services to enterprises owned by members of the community but also working to ensure that TD is the top employer of LGBTQ professionals in the industry.

He has spent over 15 years fostering banking relationships with the LGBTQ community in New Jersey and New York.  At TD he is the Co-Chair for the Metro NY Regional Diversity Council and a member of the LGBTQ2+ Diversity Leadership team for the US.

As part of his community outreach, he works in delivering business and community development into LGBTQ markets and neighborhoods, and leverages his skills and experience in professional networking through the National LGBT Chamber of Commerce. At NGLCC, he is a member of the Certification Committee that verifies that participating enterprises are LGBTQ-owned and operated.

He has been an honoree of Gay City News Impact Awards, City and State Pride Power 100, Inaugural Edition of Crain's Notable LGBTQ New Yorkers, and City and States Bronx Power 50. 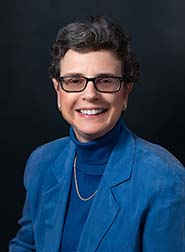 “I joined the Board of the NJ LGBT Chamber of Commerce because I wanted to be part of a dynamic organization that promotes the business interests and opportunities of LGBT entrepreneurs within our community and within our state. I’m excited to be part of this chamber." — Laurie

Laurie worked for over 25 years in scientific research in both academia and pharmaceutical settings. In addition to performing complex experiments, Laurie has extensive experience in laboratory set-up and management.

Laurie, with her business partner, Sherry Braun, owned Keylingo Translations of Princeton from 2011-2019, which was a certified LGBT-BE and woman-owned business enterprise. Leveraging these certification was a critical focus for their business that earned the trust of several large corporations as regular clients.

Throughout Anne’s career she has worked with luxury brands, primarily focusing on high-end retailers and shopping centers early in her career. During that time, she managed client relationships, photo shoots, and robust advertising campaigns.

Over the years she has worked at several New Jersey advertising agencies, where she specialized in handling accounts for telecom, gaming, medical, and trade professional associations. Her ability to manage clients’ expectations and consistently deliver upon their goals results in not only loyalty but also friendship. In addition to her client responsibilities, she often served as general manager, managing a staff of over 75 employees.

In her current role as Sr. Director of Corporate Marketing at Marketsmith Inc., Anne oversees the corporate marketing efforts and manages the agency’s philanthropic efforts, including supporting the community at the Camden Street School in Newark, NJ, through Bring Dinner Home, which she has managed for approximately eight years.

Anne previously served as a board member of the Cedar Hill Community Development Corporation and most recently has joined the New Jersey Pride Chamber of Commerce as an advisory board member. Anne resides in Gillette with her husband, Andy, and enjoys spending time with her children and extended family.

Sean Ebony Coleman is the Founder and Executive Director of Destination Tomorrow, a TLGBQ center in the South Bronx serving the community through educational, financial, housing, health and personal support programs. The grassroots organization puts an emphasis on providing
support to vulnerable members of the TLGBQ community that takes them off the path of requiring emergency care, emphasizing economic, social and mental empowerment on a holistic level. In
2021, Destination Tomorrow opened 16 apartment units that serve as transitional housing for TGNCGNB (transgender, gender non-conforming and gender non-binary) individuals who are victims of sexual violence or sex trafficking crimes, as well as a food pantry that provides nutritious meals.

Sean is also the Founder and Managing Partner of Sean Ebony Coleman Consulting, where he specializes in DEI strategies for TLGBQ communities and works with the Transgender Strategy Center, a collaboration of Transgender led consultants. Sean is a part of Gilead’s National Advisory group and manages the TRANScend Community Impact Fund, a million-dollar fund that supports
Trans-led organizations nationwide.

He is an active part of the Bronx Community Board 1 and provides resources to those who, like himself, call the borough’s House and Ballroom scene home. Sean was included in the City and State Bronx Power 100 list in 2019 and 2021 and Metro Sources’ LGBT People We Love list and has been featured in top media outlets including The New York Times, Forbes and the Advocate,
among others.

Sean joined the Advisory Board of the New Jersey Pride Chamber of Commerce in January of 2022.

Robin is a recovering policy wonk and management consultant. In addition to working with clients on finding A+ candidates to fill their talent acquisition needs, she publishes a quarterly diversity publication and website focused on workplace, supply chain and business community engagement.

With 10 years as a public civil servant, 10 years as a business management consultant at a Fortune 50 technology firm and 10+ years as an entrepreneur, she is a nationally recognized diversity, equity and inclusion practitioner, publisher and a consultant.

Besides photography, she loves deep-sea fishing, and she has completed 6 marathons. Robin is happiest spending time with her partner Marvin and their teenage daughter Marie.

Owner and Publisher, Out In Jersey Magazine

Peter Frycki’s interest in LGBTQ activism began in the 1990s. He was involved in LGBTQ activism with over a dozen local organizations in New Jersey over the years which led to the founding of Out In Jersey magazine when he and several others in a Trenton LGBTQ group realized that a statewide publication for the LGBTQ community was needed. He is one of the original two founders of the company. Today, Out In Jersey is New Jersey’s statewide LGBTQ print publication and website.

Peter had worked in social services when the company started in 2002. In 2014 he retired from his daily grind at the Mercer County Board of Social Services in Trenton and was then was able to work full-time with Out In Jersey magazine to grow the company.

Peter joined the Advisory Board of the New Jersey Pride Chamber of Commerce in January of 2022.

Ralph D. Weaver is Founder and CEO of East West Connection (EWC), a full-service meetings, events and incentive travel company based in Central New Jersey. Integrity and a commitment to excellence has been the foundation of how Ralph has built his career and company starting with his early days as a public relations and marketing executive with companies including Manning Selvage &amp; Lee Public Relations, Bristol Myers Squibb, and Johnson & Johnson.

Ralph desires to make a difference in the world through mentoring young professionals. His commitment is evident by his support of the Selective Corporate Internship Program (SCIP), an innovative 501(c)3 non-profit organization that trains and develops talented and diverse high school and college students, as well as young professionals for opportunities with corporations. Currently, EWC partners with the founders of SCIP, Monica and Miguel Mancebo and seven SCIP interns on various
programs.

In 2020, MeetingsNet named Ralph to its Changemakers list that recognizes 15 outstanding meetings professionals for their efforts to move their organization forward in innovative ways. Also, Ralph was selected and profiled in 2019 by MBE (Minority Business Entrepreneur) magazine as one of the five inspiring MBEs Who Rock for demonstrating overall business excellence, unique vision, and innovation.

Ralph is the recipient of the 2021 Business Award from the African American Chamber of Commerce of New Jersey (AACCNJ). He is a member of AACCNJ and serves on the President’s Club Roundtable. Ralph has been a guest on television programs such as New Jersey Business & Industry Association’s Minding Your Business and NJ PBS’s Pathway to Success. He is a frequent panelist/speaker for various business meetings.

Ralph joined the Advisory Board of the New Jersey Pride Chamber of Commerce in January of 2022.

Cathy Renna is a veteran in the communications industry, and currently serves as the Principal of Target Cue. Since her time at GLAAD in the 1990’s and early aughts, Cathy has executed her particular expertise in crisis and strategic communications, playing a central role in shaping nearly all major issues affecting the LGBTQ+ community, from the beating death of Matthew Shepard in 1998 to the fight for marriage equality and the repeal of “Don’t Ask Don’t Tell”. She worked with the team that coordinated historic coverage for WorldPride/Stonewall 50, working with NYC Pride. In 2020, she was part of the team that organized the historic Global Pride, a 26 hour virtual event that was viewed by of 57 million people around the Globe. She is currently serving as Communications Director at the National LGBTQ Task Force.

After leaving her position at GLAAD as National News Media Director, Cathy joined Fenton Communications, where she served as its New York office Media Director from 2004 to 2006. She went on to found Renna Communications and co-found Target Cue that same year.In her over 25 years of media relations and activism experience, Cathy has garnered placements in every major online and broadcast outlet in the country, including The New York Times, USA Today, The Associated Press, and the Washington Post. She is a sought after spokesperson for LGBTQ issues, and has appeared on the O’Reilly Factor, CNN, MSNBC, NY1 and Good Morning America. Most recently she was profiled in Forbes Women as a “Queer PR Icon” and received the Outstanding Certified LGBTBE® Award from the NY chapter of the National LGBT Chamber of Commerce.

Cathy joined the Advisory Board of the New Jersey Pride Chamber of Commerce in March of 2022.